Hungry and looking to expand your knowledge on Asian cuisine? Do it the healthy way with our guide! 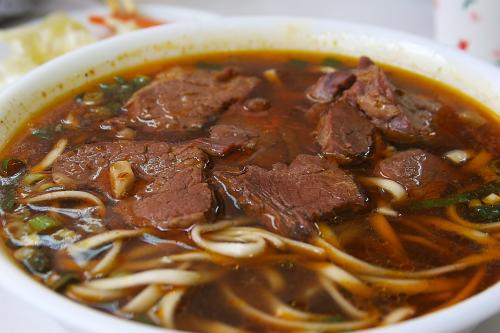 Taiwan’s strategic position to the Southeast of the Chinese mainland has guaranteed it a lively history; from the early 17th century when it was a Dutch colony, followed by a period during the Qing dynasty as a prefecture of China’s Fujian province leading to independence during the 20th century, then a half century under the Japanese and subsequent release into authoritarian rule under the Kuomintang, it’s fair to say the road to Taiwan’s establishment as a democracy in the late 1980’s has been something of a bumpy ride.

It’s a diverse backdrop of influences that has helped to shape the nations cuisine into a unique blend of Chinese flavors from various regions –Fujian’s dishes feature most prominently - infused with some subtle Japanese influences, such as ramen, Sushi and steamed egg. Fatty minced pork served over rice is the national dish, while dumplings, fish balls, sticky rice and bowls of steaming beef noodle soup will all be familiar to visitors from the mainland, with pork and chicken the meat of choice for most. As an island nation, seafood is a vital part of Taiwanese cuisine, with squid and oysters a firm favorite. There’s an appreciation of all things with a whiff about them; offal and anything fermented or preserved is popular – fried intestines and stinky tofu are widely eaten.

Above all, the Taiwanese love to snack. Xiao chi - meaning ‘small eats’ is an essential part of life and a visit to one of the popular night market, such as Shilin or Tonghua Night Markets will show you why.  From the unique Taiwanese ‘Hot Dogs’ (barbequed sweet sausages stuffed into sticky rice ‘buns’) to Gua bao (Taiwanese Hamburgers) – a huge steamed bun filled with delicious, braised and highly calorific pork belly - to oyster or scallion omelets. Crepes stuffed with a wacky combination of fruit and bean paste ice cream, peanut brittle and herbs, the sheer breadth and depth of snacks and treats on offer is almost overwhelming. Fried chicken – from the simple, finger licking western style to spicy, Sichuan salt and pepper variety– is particularly revered and very, very hard to resist.

Delicious it all is, but healthy it probably isn’t, particularly when all the excess salt, msg and sugar is factored in. It’s all rather tempting, but you’ll need to do as many of the locals do and take a disciplined ‘little and often’ approach to avoid piling on the pounds around these parts.

Vegetarian and vegan food is widely eaten, thanks to a strong Buddhist tradition, and there are many vegetarian restaurants. Some stricter than others (watch out for some ‘vegetarian’ options cooked in pork fat).  ‘Buddhist Buffets’ are hugely popular, fun and incredibly cheap. You simply fill up and pay according to the weight of your plate. Be warned, although these dishes may be meat-free, some can be heavy on salt, sauce, oil and fried options, so pick your dishes wisely and try not to get too carried away.

Many Buddhist chefs specialize in ‘mock meat’, a delicious and healthy alternative to meat, usually made from mushroom stems. Tofu is another highly versatile vegetarian product and there are many fresh, as well as tasty Taiwanese dishes featuring silken tofu, in addition to the more calorific fried variety.

‘Lunch boxes’ –similar to a Japanese Bento box  - are popular, with many featuring delicious veggie options such as seaweed and salad. Similarly, a healthy bowl of soup noodles filled with vegetables will pack a nutritious punch and can be found everywhere, day or night.

Chawanmushi is a favorite dish based on Japan’s steamed egg recipe and contains a little seafood and some vegetables, with no oil or carbs, and makes for another delicious and nutritious light lunch.

Perhaps the greatest abundance of healthy options is to be found in Taiwan’s wet markets. A vast array of fresh fish and vegetables can be transformed into any number of delicious home-style dishes that require little preparation, such as sautéed shrimp, miso grilled fish, stir-fried bitter melon or a greens with Shao xing rice wine and soy sauce. All it takes is a little imagination and a sense of discovery. Don't forget to check out part 2 and part 3 of our guide!