A guide to five of China’s best dishes which help to protect the body from cooler temperatures this autumn. 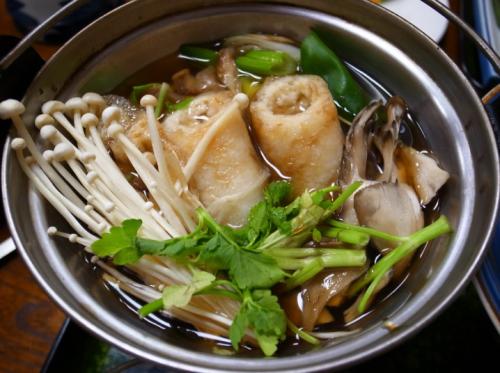 One of the main tenets of Traditional Chinese Medicine (TCM) is to eat foods according to the season. As autumn begins to make way for winter, foods that have traditional warming qualities are back in season allowing so-called autumn and winter dishes to make a return to dinner tables and restaurants around the country. Much of northern China experiences a short autumn followed by a very harsh and cold winter, so it is not surprising that many of the country’s popular warming dishes are synonymous with the region. To help keep warm and comfortable as the weather starts to cools down, we have selected five popular dishes to enjoy this autumn.

After a quiet summer, autumn heralds the start of the busiest time of the year for hot pot restaurants. At the first hint of colder weather, people begin to flock to their favourite restaurant for some delicious hot pot. As the name suggests, it is a simple concept whereby a large gas-fired pot is placed in the centre of each table, and customers can then choose what they would like to eat from a large selection of raw foods and meats before cooking it themselves. Each restaurant will offer customers a wide choice of meats, seafood, dumplings, wontons and vegetables. There are also numerous soup or broth options available, such as a choice of spicy, sweet, vegetable, seafood or plain soups.

Root vegetables such as carrots, mushrooms, potatoes, parsnip, plus the ever popular tofu all feature heavily in a standard hot pot meal, in addition to beef, chicken and seafood. Root vegetables are known within TCM for their heating qualities, and they are also high in proteins and vitamins.

One of the great things about hot pot is that it can also be enjoyed at home. Virtually every Chinese household will have a rice cooker, which can also act as the soup pot. It is also a fun way for each family member to pick and choose exactly what they want to eat, without having to venture outside if the weather gets too cold.

Similar to the beef stew that is a popular winter dish in the United Kingdom and Ireland, the Chinese version uses many of the same ingredients: beef, potatoes, carrots, celery and onions, plus garlic and ginger. The difference is really in the soup, which in China consists of water, stock, soy sauce and a bit of tomato sauce.

To prepare, the beef is cut into bite size chunks and fried with garlic until it is tender. It is then placed in a pot with ginger to simmer on a low heat for roughly 30 minutes before the other vegetables are added. The stew can take between 60 and 90 minutes to cook, before the thickener or paste is added. This is the flavouring made from water, soy sauce and tomato paste which gives the stew extra taste. Some of China’s western and southern provinces will also use spices to enhance the flavour of the dish.

A popular dish from the Dongbei or northeastern part of China that literally means “earth three fresh,” Di San Xian consists of potato, aubergine and green pepper. Although potato is rarely used in stir fries in China, it works perfectly with this dish. Di San Xian is served piping hot and acts as a wonderful complement to other hearty Dongbei dishes during cooler weather.

To ensure this dish is as tasty as possible, each vegetable is shallow fried individually before being flash fried together with garlic, scallions and sauce. The sauce is a mixture of water, vegetable stock and soy sauce. Sugar can also be added to give the sauce a sweeter taste. Although the traditional version of this dish uses the three vegetables mentioned, other variations available include the use of spices, onion or minced pork meat.

Widely available from restaurants, convenience stores and street vendors throughout autumn and winter, soup noodles are one of China’s most popular warming dishes. A steaming bowl of noodles can be bought for as little as 5 RMB in most cities, and it is a popular lunch time meal for workers who are keen to both warm and fill themselves up at the same time.

There are many different varieties of soup noodles containing either thick or thin noodles plus a choice of beef, pork, roast duck or seafood. Accompanying vegetables can typically include onion, cabbage, bok choy, wontons, dumplings, shredded carrot, ginger, pepper and tofu. The soup also comes in many different flavours, with hot and spicy being particularly popular. With so many different meats and vegetables, not forgetting the soup itself, soup noodles is an extremely healthy autumn dish.

A quintessentially autumn food, congee is the breakfast of choice for many Chinese, particularly young infants and the elderly. It is a thick rice soup with added meat and vegetables that is easily prepared at home or available to buy from local vendors and restaurants. In TCM, congee has long been seen as a highly nourishing food that helps the body, and organs in particular, prepare for colder weather.

Congee is prepared much the same way as normal cooked rice. Additional water is used to give the rice a thick, porridge texture, with salt and sugar also used for flavour. The standard version of congee will usually contain boiled egg slices, pork, mushroom, herbs and lotus root. However, there are many different varieties of the dish and vendors will usually offer customers a wide choice of toppings.