How to Survive Pollution in China

Small actions with the power to create big change. 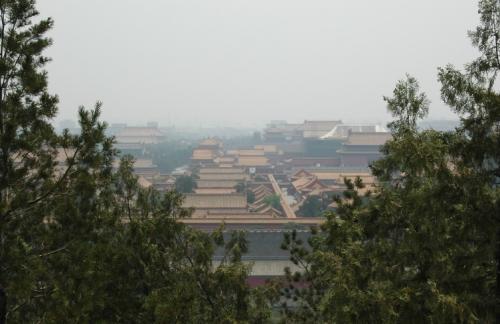 Decades of heavy reliance on coal have resulted in a significantly reduced life expectancy for residents of northern China. And it’s not getting better anytime soon. Just last week airborne contaminants peaked at a level 50 times higher than normally recommended by the World Health Organisation, already a fairly tolerant body. Beijing suffered a similar pollution high earlier this year.

And yet China’s residents can do a lot to protect themselves from the harmful effects of pollution. By making smart choices in the home, on the dinner table and at the office, there are a myriad of ways to ensure clean air, healthy lungs and a thriving, green planet.

Get some plants. Lots of them. In many houses, the indoor air quality is even lower than the outdoor. Aloe vera, in particular, is not only handy to have around the house for cuts and burns, but is also great for sucking up those nasty volatile organic compounds (VOCs) that are floating around in the air unseen. Spider plants are another great option since they’re easy to maintain and filter toxic chemicals like formaldehyde, benzene and xylene. Snake plants can live in relative darkness, and also filter formaldehyde, which is found in many household products from toilet paper to beauty care products.

Make your own household cleaners. In most parts of the house, we simply don’t need the chemical-laden cleaners from the grocery store. A little vinegar and water in a spray bottle is equally effective in the kitchen and bathroom. For really gritty surfaces like ovens and mineral-stained bathroom tiles, sprinkle some baking soda on a damp surface, spray on some vinegar and watch the dirt eat itself. Coarse sea salt also makes a good scrub. Try to develop a reflex of DIY before buying up more chemicals and spraying them all over the home.

Watch your energy consumption at home. Overconsumption is endemic in many societies, especially when it comes to heating and air conditioning. We keep our homes toasty hot in winter and cooler than an icebox in summer. An easy way to curb energy consumption is to compromise by a few degrees on each end. It may not feel like much, but has the potential to make a large impact worldwide. Turn the system down or shut if off entirely when leaving the house, if possible. Program your system’s timer to save energy while the house is empty and start reheating a half hour before you arrive home - big savings with no inconvenience at all. This is so beneficial for the environment that some energy companies will even install an electronic panel for free, if your system is still running manually.

Remove carpeting. Carpets wreak havoc on air quality. It’s no wonder they’re also home to their very own species of beetles. You’re breathing these dust collectors 24 hours/day.  Remove them, if possible. If that’s not an option, be sure to vacuum often and steam clean whenever you can. Consider investing in a good air filter, especially for the bedroom, where you’ll get the most benefit.

Detoxing the body regularly and eating the right foods is also important for people living in highly polluted cities. A raw food detox, herbal detox or cleanse is helpful for purifying the body and flushing out all the toxins. Drink lots of water ensure your body can filter itself. If a cleanse seems a little extreme, start by eating the purest, healthiest foods you can find to keep your body in balance.

Organic apples: A British study found that people who eat two to five apples per week have a 32 percent less risk of asthma than those who ate fewer apples. This is partly explained by the presence of flavonoids found in apples, particularly khellin, which is thought to open airways. It’s important to eat them organic, since apples top the list of the most heavily sprayed fruit and veg in the world. Eat conventional apples and you’ll essentially be layering toxins on top of toxins. (See the list of the “Dirty Dozen”.)

Foods high in vitamin C: Antioxidants are known to ward off lung disease, therefore any food high in vitamin C and antioxidants is great for the lungs. All citrus fruits, especially cantaloupe, kiwi, pineapple, mango and papaya, are good choices because you can safely consume the non-organic versions. (See the list of the “Clean Fifteen”.)

Foods high in omega-3: Omega-3 is thought to have a beneficial effect on asthma, and can be found in high quantities in oily fish and salmon. Flax seeds are especially good because they also contain magnesium, which relaxes the muscles around the bronchi.

Coffee: Finally, a good reason to drink coffee. Caffeine has recently been proven to open airways for up to four hours after it’s consumed. This is because coffee is what’s called a bronchodilator, known to improve airway function. Black and green tea, also high in caffeine, would likely produce the same effect.

Garlic: Thanks to its powerful anti-inflammatory and antioxidant qualities, a garlic-heavy meal is one of the best things you can do to detox the body.

Foods like eggs, peanuts, tree nuts and milk are common allergens, causing some to break out in hives or asthma. Often times our allergies are so minor we won’t notice if we’re not paying attention. For those living in a polluted area, it would be wise to learn which foods your body tolerates best and which to avoid. A simple blood test can offer lots of insight here. Eggs and peanuts are found in lots of processed foods. Knowing your intolerances is only half the battle. Be sure to read labels carefully and eat only pure, clean food whenever possible.

There are many things you can do to protect yourself and your loved ones from the damaging effects of pollution, from wearing a mask on particularly smoggy days to exercising regularly to starting a tree planting campaign. What’s most important is that we all take some small action on a regular basis. Individually it’s easy to be dismayed, but as a community we can make huge change with very small, consistent shifts. Together we may just create a better world.