Staying in China for New Year? Check out our holiday guide to Beijing and Shanghai to make the most of CNY while everyone else is away. 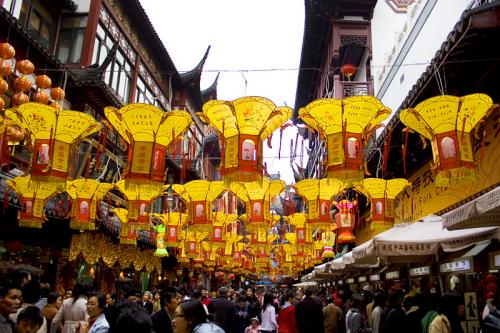 Chinese New Year, or more accurately the Spring Festival as it is known to the locals, falls on January 31 and the official holiday runs through February 6 this year, so if you haven’t made plans yet to get out of town or out of the country then it’s probably too late to start. So, for expats planning to brave it on their own in Shanghai or Beijing, here are a few ideas to make the most of your week or two of mandatory vacation time as you welcome the arrival of the Year of the Horse.

Some locals, and most expats who have never actually stayed over during the New Year’s holiday like to promote the myth that all the big cities become ghost towns resembling the set of a movie about a global viral outbreak where you are the lone survivor. The reality is quite different. While it is true that most small enterprises do close for the Chinese New Year week, likely including your favorite expat spots, there are still plenty of eateries, entertainment venues and shopping and grocery outlets that remain open to serve the needs of the off-of-work masses like yourself. You won’t starve, though your options may be different from what you are used to.

Roaring Western-style New Year’s Eve parties are rare at Chinese New Year, as people tend to celebrate at home with their extended family, but most local restaurants will be open for part if not all of the holiday. Be sure to try out that tiny dumpling shop or other “best in the city” joint your friends told you about since it will be less crowded, and much easier to make your way to the counter to place an order.

While there may be noticeably fewer people hanging around your residential neighborhood, major tourist destinations around the county will be filled to capacity with domestic tourists wanting to take in the sites and culture of their home country. Strangely though, out-of-town Chinese don’t seem too interested in most of the museums in their vacation destination, so they remain largely quiet and accessible.

China has loads of museums, ranging from art, to history, to architecture and development. And because it is rather proud of its accomplishments in all of these regards, the Chinese have invested heavily in nice venues to house these displays. What most of China’s museums don’t do, however, is keep long hours. But since you will be free during the day, getting to that museum you have been wanting to check out, but that closes at 4:30 p.m., will be much easier.

Here’s a list of some of the best government and independent museums in Shanghai and another link to more fantastic art.

For art highlights in Beijing, check out these museums,  and don’t miss the modern art that Beijing is becoming famous for. The city can also offer wonderfully weird museums for those that prefer a more audacious take on art.

Just remember that key destinations like the Forbidden City, Tiananmen Square or the Great Wall in Beijing, and The Bund and the Lujiazui area of Pudong in Shanghai should be avoided at all costs, since they will be overrun with tourists during Chinese New Year. While police do their best to perform crowd control it is far too easy to become entangled in the masses; an experience that expats hate most. That, and the firecrackers at all hours.

The traditional use for firecrackers and rockets in China is to scare away spirits, and on Chinese New Year’s Eve few places put on a better display of color in Beijing than the Olympic Center. Shanghai holds its own with fireworks launched from barges anchored in the Huangpu River for spectators to enjoy from both banks (or from their balcony, in my case). So join the crowds if you dare, or find a place indoors with a warm drink and comfortable seating to watch the spectacle.

For most expats, fireworks are a by-permit-only affair in their home country. But not in China. Aside from just watching, firecrackers are sold everywhere during the holiday, so anyone can make noise and smoke to their heart’s content, foreigners included. Just be sure to use some common sense about fire, personal and property safety, and please don’t set them off while the rest of us are trying to sleep.

Strap On Your Apron

Apartments have a kitchen for a reason, but most of us have largely forgotten what it is aside from a convenient place to keep the coffee maker. Reclaim your kitchen and brush up on your cooking skills, then invite a few friends over to show off what your mama taught you.

Free food tends to be well received, plus cooking and other warm bodies will heat up your apartment, making for a comfortable place for conversation into the wee hours. And, since the city is empty, your friends will still be able to get a taxi when they head home. Remember to do a dry run on any dishes you haven’t cooked before in China, since substituted ingredients and finding that perfect setting on your toaster oven takes a little practice.

Rarely do we get a mandatory break from work, so by all means enjoy it. Sleep late, eat well, relax, visit friends, and have fun. After all, this is really what Chinese New Year is supposed to be about.