A Guide to Local Gluten-Free Dishes

Use our guide to help you navigate your way around the menu and find some tasty local dishes that are also gluten-free. 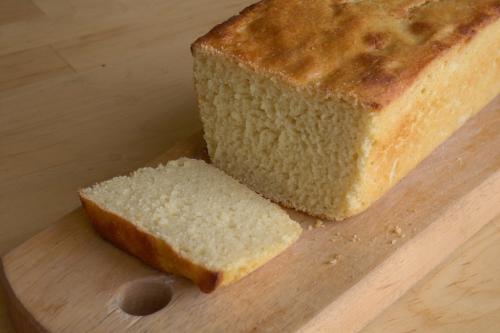 With the low cost of food and the delightful range of cuisine on offer, eating out is, unsurprisingly, extremely popular in China. Chinese food is famous for its mouthwatering flavours and the diverse selection of dishes on offer, yet given the propensity for local chefs to use sauces and flavourings in almost every dish, it might seem a little futile to look for dishes that are gluten-free.

Expats with celiac disease or those that are generally worried about their gluten intake may be reluctant to venture in to certain restaurants if they think their ordering options will be severely limited. Fret not however, for the China Health Insurance guide to gluten-free dishes is sure to help.

Gluten is a protein which is present in grains such as barley, rye and wheat. The traditional-style thick Chinese noodles used in stir-fries and for soup contain gluten and are unfortunately off our menu. Soy sauce contains both wheat and caramel colorings, is high in gluten content and is also used in a surprisingly high number of dishes. It would also be extremely difficult to find any restaurants that use the gluten-free type of soy sauce.

It is advisable, therefore, to ask for a dish to be prepared without soy sauce, or to replace it with white sauce which is typically made with cornstarch and has no gluten. Additionally, all types of bread, breaded meat or vegetables prepared with bread crumbs, or foods which have been deep fried will almost certainly contain gluten. Finally, wontons and dumplings are both made with wheat flour and are high in gluten.

Now that we know which foods to avoid, lets look at the dishes which are gluten-free.

Rice is the staple food that is served with all meals and also accompanies many individual dishes. Luckily for us it is also gluten-free. Steamed rice is usually served as a small side dish to each person in a restaurant, while various versions of fried rice are also available to order from the menu. The only stipulation is that some fried rice dishes use soy sauce, but this can be overcome by asking the waiter for the dish to be prepared without sauce. Some popular fried rice dishes that are gluten-free include:

Chicken or pork fried rice - steamed rice fried with either pork or chicken. It is important to ensure the meat is steamed, flash fried or grilled and not deep fried.

Rice noodles - also known as glass noodles, rice noodles are gluten-free. And similar to fried rice dishes, there are usually a wide selection to choose from. Dishes containing soy sauce or brown sauce can be prepared sauce-free, just ask the waiter first.

Vegetables are typically one of the safer options on the menu as most dishes will either be steamed or sauteed. Many dishes will use a combination of vegetables, or simply one vegetable on its own. Again, for sauteed dishes, ensure that soy sauce is not used. Garlic and ginger are two flavouring alternatives to soy sauce and oyster sauce that are commonly used with vegetable dishes in China.

Some popular vegetable dishes that are gluten-free include:

Sauteed mixed vegetables - a selection of vegetables including beans, carrots, onion, cauliflower and broccoli, steamed before being flash fried with garlic.

Bok Choy - a green leafy vegetable similar to spinach that can either be served steamed or sauteed.

Eggplant in clay pot - slices of eggplant which are steamed before being cooked in a clay pot with garlic, pork mince and spices.

A large number of meat dishes should be avoided if they are prepared using bread crumbs or are deep fried. The remaining dishes will usually be steamed or flash fried. With seafood, the majority of dishes will be steamed or sauteed. Again, it is important to double check that soy sauce, oyster sauce or other flavourings containing gluten such as marinades are not being used. Also, soups containing meat or seafood may also contain gluten as sauces are also typically used for flavour.

Despite this, there are a number of delicious gluten-free dishes, such as:

Shrimp and broccoli - shrimp sauteed with broccoli and garlic.

Beef on hot plate - chunks of beef stir fried with onion and peppers, served on a hot wooden platter.

Unfortunately, many of China’s most popular snacks are either deep fried or are made with flour. One exception is spring rolls, which are made with rice flour and are gluten-free. They also contain pork or shrimp and shredded vegetables like lettuce, carrot and onion.