Busting the Myths of Green Tea

Breaking down the truths and falsehoods of green tea health benefits. 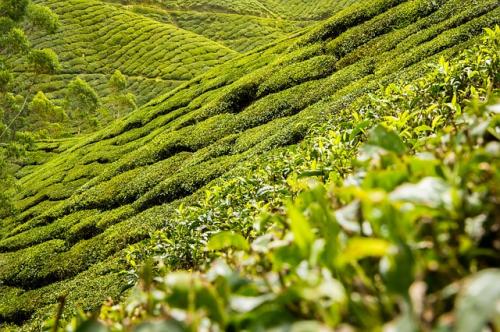 Did you know that tea is the second most widely consumed beverage in the entire world after water? That’s a pretty popular drink! And for good reason. This low calorie beverage comes in a slew of flavors and varieties that stem from a few basic teas, one of which is green tea.

There are lots of widely touted health benefits for all types of tea, but green tea especially has become known for its nutritious properties, as witnessed in the huge range of health foods and drinks with green tea splashed across their labels.

The origins of green tea’s medicinal use date back thousands of years to ancient China, where it was enjoyed as a beverage as well as a treatment for a number of ailments. But health and science have come a long way from the B.C. years of Emperor Shennong. It’s time to separate fact from fiction. What are the true health benefits of green tea?

Some of the best things found in green tea are flavonoids. These are plant-derived compounds that act as antioxidants and help keep the body healthy by preventing illness and disease. Antioxidants hunt down the body’s free radicals that damage cells and detoxify them.

Green and black teas are both derived from the same exact plant, but black tea leaves are fermented, which reduces the antioxidant content. Even though antioxidants are found in plants, it’s estimated that tea contains about eight to 10 times the amount of antioxidants in fruits and vegetables. That’s a lot of punch to pack in a cup of tea!

The antioxidant properties that fight free radicals and disease have widespread effects throughout the body. When antioxidants keep endothelial cells functioning correctly, arteries are less likely to become clogged and are likelier to respond positively to changes in blood pressure. Although many purported health benefits need more research to be conclusive, green tea has also been linked to improved memory by stimulating cell growth, to small drops in cholesterol, and to diabetes prevention.

Catechins are a specific type of naturally occurring antioxidant that are found in green tea. In fact, green tea has more catechins than almost any other food or drink. So what do catechins do for us? In laboratory research, catchins worked better than vitamins C and E in preventing cell damage and fighting disease, both attributes of antioxidants.

A study published in the American Journal of Clinical Nutrition in 2005 found that people who ingested the catechins in green tea over a 12-week period displayed lowered body weight, BMI (body mass index), waist measurement, body fat mass and subcutaneous fat area than the control group. The authors of the study suggested that consuming catechins daily may help fight off obesity. Catechins have also been linked to avoiding viruses that invade the body, such as the common cold. As part of an overall healthy lifestyle, it’s easy to add a cup or two of daily green tea into your diet in hopes of reaping these benefits.

The world continues to search for cures for cancer, and green tea is sometimes mentioned as a possible preventative. Understandably, people are willing to try adding something simple like green tea to their diets if it may reduce the risk of cancer in the future. There have been some positive results and some mixed results as far as green tea’s effects on cancer reduction and prevention.

There have been studies where blood vessels were slowed in forming, in turn cutting off growth to cancer cells. Another study showed that Asian-American women who regularly drank green tea had a lower risk of breast cancer than those who did not. (Studies in tea-loving Asia are often inconclusive because it is difficult to account for environmental factors and single out tea as a variable).

In a small study, men who drank green tea had lower levels of a protein that indicates early prostate cancer. However, many more studies have had mixed results, and in 2011 the FDA concluded that “it is very unlikely that green tea prevents any type of cancer in humans” based on reviewing the published studies.

There is definitely more research that needs to be done into green tea and cancer.The good news is that green tea is not likely to have negative effects on one’s health and, as you can see above, there are already many positives and potentially many more that scientists will discover in years to come.

It is best to drink green tea freshly brewed so that you get the most out of the flavonoids. Pre-brewed teas can be lower in the healthy ingredients that make green teas so great. These may also contain hidden calories in the form of sugars and other additives. Brew tea for three to five minutes to bring out the catechins and the flavors.

If the flavor is too intense, add some honey, lemon or milk to mellow out the taste. As a bonus, lemon or milk help absorb iron from fruits and vegetables better than green tea on its own, which can interfere with this process. As with anything, moderation is a good idea. While some studies have suggested that health benefits can be obtained by drinking cupful after cupful of green tea each day, as we have seen, conclusive evidence of improved health or harm from green tea is often missing.

With that in mind, a cup or two per day is generally accepted as a healthy habit. The only thing to look out for is caffeine. Too much caffeine can lead to nervousness, nausea, and trouble sleeping. Watch the amount and time of intake or switch to decaffeinated green tea.