The Beijing Residents’ Guide to the 2014 FIFA World Cup 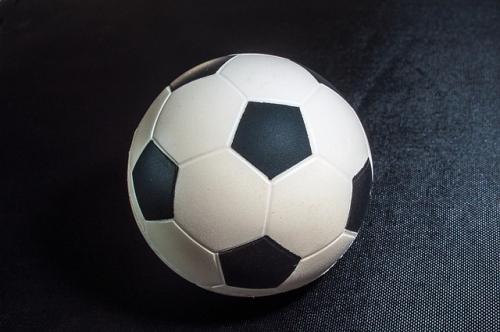 Forged doctor’s notes. That’s what it’s come to as China’s residents scramble to accommodate their freshly-minted love of football. Though China didn’t make it into this year’s FIFA World Cup, that hasn’t stopped residents from paying 300RMB for a forged medical note, complete with extensive diagnosis, medical records, hospital stamp and all.

To further complicate matters, the Brazil-Beijing time difference means matches are taking place anywhere from midnight to 6am. After China’s first ever FIFA World Cup appearance in 2010, the country’s zeal for the sport has skyrocketed, no match for late nights that casually melt into early mornings, as Beijingers shake off their sleepy heads, dose up on coffee and stumble into work after a long night of sports.

Even China’s disappointing performance in South Africa didn’t stop football cultures from receiving a well-deserved boost in China. Sales in all FIFA 2014 related industries are expected to go sky high as fans scramble to celebrate the most popular football event on Earth.

Time Conversion from Rio to Beijing

Fans can get the schedule and times on FIFA’s official website, which will convert matches to local time using the computer’s IP address. Beijing is 11 hours ahead of Rio, which means:

If you’re hoping to catch Brazil’s Tuesday match against Mexico, you’ll be watching it Tuesday at midnight. Those 7 p.m. Brazil/6 a.m. Beijing games may be ideal for early risers, who can catch the match before work, while 1 p.m. Brazil/midnight Beijing will do just fine for lucky Beijingers with mornings off. Either way you swing it, the time difference is a major boon to football-loving Chinese students who are just entering into exam season.

Once semi-finals roll around, all games will be at 6 a.m. Beijing time. As the Chinese authorities are reminding locals, have a transportation plan that doesn’t include driving. A few beers coupled with extreme fatigue in the wee hours can do some major damage behind the wheel.

Where to Watch the FIFA World Cup in Beijing

Translated as Kick Ball, Cu Ju is consistently voted best sports bar in Beijing and will not lack for patrons during this year’s World Cup. Currently open for midnight games and some 3 a.m. and 6 a.m. games, Cu Ju will begin broadcasting all games once we enter into elimination rounds.

The bar is mixing up coffee cocktails to keep football fans awake during the match, and Tavelin Bagels will be on hand to keep bellies from rumbling. The bar is home to a fine selection of rums, many of which are not only delicious but also curiously inexpensive. The kitchen is known for its tasty Moroccan dishes.

Freshly renovated in time for the World Cup, Q Mex is possibly the best place to watch Italy's upcoming match against Costa Rica.

This Tex-Mex bar recently revamped their menu after coming under new ownership, and their fresh new look isn’t the only thing bringing patrons in. Q Mex is offering 30RMB margaritas and mojitos for their re-opening party, with California-style burritos, enchiladas, tacos and the like also on offer.

Open24 hours for the duration of the 2014 FIFA World Cup, this Cuban eatery boasts two large screens and projectors in both the indoor and outdoors sections of the restaurant. Try traditional Cuban fare including empanadas and arepas, or for something really special, order their impressive ropa vieja. Just make sure it comes with a mojito, which Caribeño does very well.

GAMBLING: Gamblers will have to travel to Macau to do any serious betting during the 2014 FIFA games, but online sports lotteries are having no trouble stepping in to fill the gap. Sales are expected to go up 70 percent this year! Proceeds from the China Sports Lottery are used to establish sports clubs and build public sporting facilities around the country.

FAN MERCHANDISE: Adidas and Nike stores are fully stocked with team shirts and kits, some pre-printed with names like Ronaldo and Maradona, though the stores will print any name. Adidas owns the rights to Spain, Mexico, Germany, Serbia, Sweden and Argentina’s paraphernalia, while Puma sells kits for Uruguay, Ivory Coast, Italy and several other teams. Nike takes the cake, producing shirts for Brazil, England, Portugal, Netherlands and France. If you can’t find what you’re looking for, try Taobao, where you can get a doctor’s note at the same time.

MOBILE ACCESS: CCTV5 and AliCloud have teamed up to make a mobile app that allows football fans to watch on their mobile phones. This flexible app offers live streaming with customized views depending on your team preference. The app is available exclusively in Chinese for Android and Windows. iPhone users can watch on CCTV5’s app.

It seems the only real challenge to enjoying the 2014 World Cup in Beijing is staying awake all night and still showing up at work. Though e-commerce giant Taobao is cracking down on forgeries by blocking certain search terms related to fraudulent doctor’s notes, the really serious football fans know that the search query “proof of diagnoses” still yields results. It might take some creativity for those bent on seeing the World Cup without committing fraud, but rest assured football fans will think of something!