Tips to avoid the smog and stay healthy this summer

Survive the smog in the city this summer with our tips! 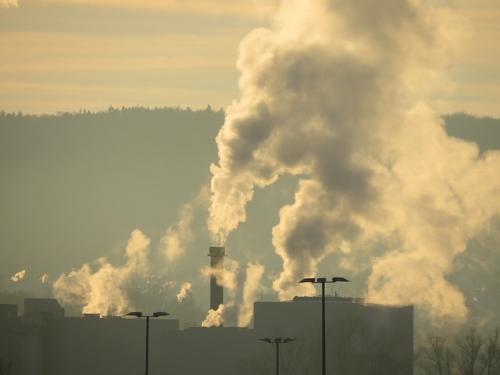 The smog in China is no laughing matter. In fact, experts have compared its current effects to those of a nuclear winter. Plans to fight and reduce the smog include banning coal-powered furnaces and cars that produce toxic gases. However, these ideas have not yet been made into concrete objectives by the government. Another plan in development is smog-clearing drones that would carry and deploy chemicals to help reduce smog.

While these machines are not ready to be used yet and cannot completely eliminate smog, they could potentially help reduce levels of smog in areas where it is highly concentrated and could be most harmful to the population. This method has been used in the past to spray the air, causing pollutants to solidify and fall to the ground, especially before major events. In spite of 2013 being the worst year for air pollution on record, US$9.8 billion was approved to construct new coal production facilitates. China also does not have any clear, specific plans to improve the air quality anytime soon.

The smog issue is not something that can or will be solved overnight, so it’s important to be informed about the issue. This all sounds pretty grim, but there are some things you can do to protect yourself from hazardous smog and keep yourself from contributing to the problem, if not help the cause along the way.

The environment outside may indeed be out of the control of most citizens but the environment inside the home is one place where people can feel in control. White-collar workers are now paying more attention to their health and in some cases they are the only ones who can afford the cost of an in-home air purifier. Only 0.1 percent of Chinese households have an air purifier in their homes compared to 27 percent of U.S. households. There is some debate over whether all air purifiers are effective. Some famous brands are allegedly ineffective and just in it to make money. Make sure to research what brand is best for you before you buy. A more expensive purifier that is more effective will be worth it. You can expect a decent one to start around 2,000 RMB. One unit will purify a room or small apartment, but you’ll need more than that for a house. Another way to naturally purify the air in your living space is with a plant. This website has a list of the 10 best plants for air purifying.

Put a Mask On It

We’ve all seen it. A picture of a big Chinese city with buildings half-covered in smog looming in the background and scores of citizens in the foreground wearing masks on their faces. The environmental office of the Chinese government in Beijing even tells people to wear them outside on smoggy days. But how effective are these simple-looking strips of fabric? Turns out, they vary in effectiveness a lot by brand, fit and type of mask. And wearing an ineffective mask can actually cause a lot of harm if it gives the wearer a false sense of safety outdoors. So which masks work and which don’t? Simple surgical masks do not. Respirators that fit tightly to the face are the best bet, especially those made by 3M, who recently invested in a Singapore plant to increase production of these masks.

One way to avoid the unhealthy air is to do just that – avoid it. Some international schools in China have built big (and pricey) domes so their students can still enjoy playing sports and getting outside, at least partially. Knowing the daily local air quality and how it fluctuates is important. Here is the link to a high-level map that monitors air quality around the country in real time and by city. Check your local news or weather for more information. Checking an air report daily is a good habit to get into. When the levels are dangerously high (that website will let you know what number is a dangerous level), stay inside. This may mean adjusting your schedule, exercising indoors or at night or making other concessions, but it is a small sacrifice to keep your health.

Instead of avoiding the problem, why not help solve it in a small way? Rather than being just another pollutant-producing car on the road for the morning commute, consider investing in an eco-friendly vehicle that produces fewer emissions. If a new car is not in the picture, why not carpool with a coworker or friend that works and lives nearby? Not only will you save on gas money, but you’ll also be helping the environment at the same time. Another option is to take public transportation, like the bus or subway. The difference you are making may not feel large, but every little bit helps.

A recent survey by the Hurun Research Institute found that 64 percent of wealthy Chinese (those worth over US$1.6 million) are immigrating to another country or planning to. Pollution and food safety were the two main reasons for planning to leave China. This huge number reflects the concerns that many citizens have over the air quality for themselves and their children -- now and in the future. Many families are noticing how many others are planning to leave and being influenced by their decisions. This could potentially have devastating effects on the cities and communities that rely on the support of wealthy citizens. The interesting thing is that many families surveyed were not anxious to leave. It was a decision that weighed heavily on them: leaving behind their home country, their language, their culture and their families. Of course, not everybody is wealthy and not everybody is able to move out of the country for any number of reasons, but if pollution is an issue that is deeply concerning to you or you have preexisting health issues, expatriation very well might be the smartest choice.