The Best Seafood Restaurants in Shanghai

Recommendations for some of the best seafood restaurants Shanghai has to offer. 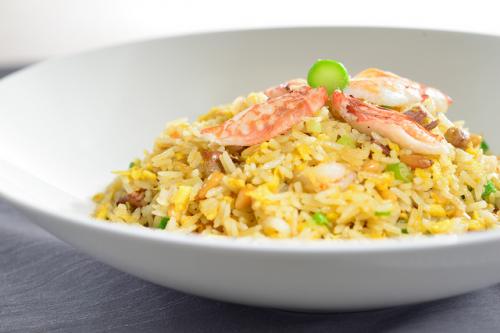 Literally translated to mean “on the sea,” it is no wonder then that the city of Shanghai, strategically located on China’s eastern seaboard, is famous for its plentiful and diverse seafood. The health benefits of seafood are well known, hence why it forms an essential part of Chinese cuisine. From fresh fish to prawns, lobster, abalone and more, all kinds of seafood are widely available at many of Shanghai’s restaurants. Whittling down a list of top eateries from such a large number was not easy, but here are some of our most highly recommended seafood restaurants in Shanghai.

Most of Shanghai’s, and indeed China’s, most popular seafood restaurants come complete with large tanks containing fish and other seafood ready to be selected, caught and eaten. This is actually part of the big attraction at popular restaurants such as Noble Seafood. With over 200 different types of seafood on the menu, in a fusion of Shanghainese and Cantonese cuisine, one cannot help but be impressed here. Despite the diversity of the menu, it is the lobster which proves time and again to be the most popular dish. Both locations can get very busy so it is wise to call ahead and make a reservation, particularly at weekends.

As the name suggests, it’s all about the oyster at this restaurant/bar. Not content with the local kind, they import oyster in from countries such as the U.S.A., Ireland, France, New Zealand and Australia. The result is a relaxing restaurant and lounge that offers some of the juiciest oysters in the city. The menu is, unsurprisingly, dominated by oyster plus a number of side dishes such as fries, cheese, caviar and calamari. We advise only going here if you have an unquenchable craving for all things mollusk!

With signature dishes such as abalone, dry-braised prawn and lobster, Minghao Seafood is a local restaurant chain that excels in choice, taste and comfort. Popular with expats, businessmen and Shanghainese families celebrating special occasions, Minghao is a must-visit seafood restaurant. The service is attentive and excellent, and long queues start forming outside the restaurant from early evening. Some dishes can be quite expensive, particularly the abalone.

Seafood with a European - or more accurately Italian - twist is on offer from the team at Specchi. While Italian restaurants are plentiful in Shanghai, few allow seafood to dominate their menus to this extent, and as such, Specchi offers a refreshing change from your typical European or seafood restaurants. All of their dishes are prepared according to Italian recipes, and they offer very competitive lunch-set specials mid-week. The chef’s signature dish is the salmon ravioli, while for dessert, old favourites such as tiramisu remain popular with customers.

Japanese restaurants remain extremely popular in Shanghai, both among the local population and expats. There are literally hundreds to choose from, ranging from simple conveyor belt-style sushi joints to high-end first-class restaurants. Here, we have chosen one of the new kids on the block, Fount, an upscale restaurant that sits somewhere in between. Sushi, sashimi, lobster and toro all feature prominently on the menu, and the opulent surroundings of the restaurant make it a favourite among business people entertaining their clients.

Sometimes, a little reminder of home can do wonders for our wellbeing. Sailors, purveyors of traditional Brit and Aussie style fish and chips on the ever-popular Yongkang Lu bar street, does just that. It must be stated that in comparison to the other restaurants listed here, Sailors has the feel of being in someone’s renovated kitchen with seating limited to around 30 people. The menu is simple -- three varieties of fish (seabass, pollack and flounder) that come in meals for two people complete with chips, optional side orders such as onion rings, scallops and sausages, and a drinks menu offering the usual soft drinks or beers. Prices are very reasonable with a standard meal averaging RMB80 excluding drinks.