The Changing Face of Mental Health Care in Beijing

Is China outgrowing the taboos and embracing treatment for mental health? 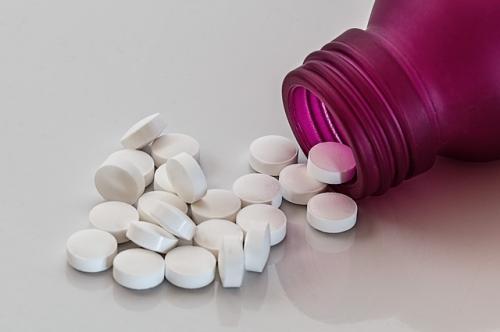 China has undergone many dramatic changes in the last three decades, with the breakup of the traditional family structure, the one-child policy and the dissolution of social security, just to name a few. Combine that with the pressures of long working hours and disproportionate living costs, and mental health issues are bound to arise.

Exacerbating the problem is the fact that, for a long time, few services were offered in response to the growing mental health crisis. One nearly decade-old study showed at least 17 percent of China’s population was suffering from some kind of mental disorder. Even the World Health Organization issued a caution to China of the financial burden of providing mental health care services to its people as these numbers continue to grow.

The situation is no better in neighbouring Hong Kong. Just 1 percent of Hong Kong residents are currently receiving mental health treatment, despite the fact that a recent 1,000-person study by city psychiatrists showed that approximately one in three Hong Kongers are currently suffering from some form of mental illness.

The subject of mental health has long been taboo, not just in China but in countries around the world. Fortunately that’s begun to change, and Beijing is starting to see some of the benefits of that openness in the appearance of new centres for mental wellness around the city.

Many professionals believe that the provision of mental health services in China is still far below actual need. It is known around the world that in most developed cities anxiety and depressive disorders are a major issue; up to 10 percent of the population will suffer from one or the other at some point in their lives.

Beijing, along with the rest of China, has long relied on on hospitals for mental health services, using psychiatric and pharmaceutical solutions to mental issues that could more easily, and more inexpensively, be treated by psychologists, social workers and therapists. Over-reliance on institutionalization has meant that many people who need lesser forms of care are getting swept under the rug.

UNDERDIAGNOSIS AND UNAVAILABILITY OF SERVICES

Despite estimates that 17 percent of Chinese suffer from mental illness, most disorders are still highly underdiagnosed for a few reasons. Firstly, there’s a stigma around mental illness that is only just beginning to lift. In China there’s still a belief that people suffering from mental illness are dangerous or prone to commit acts of violence upon themselves and others.

"The general public is quite scared of people with mental illness and does not want to mix with them," says Daniel Wong, therapist at City University of Hong Kong. Though more treatment options are beginning to appear in Beijing, discrimination is not all that uncommon.

Another reason for underdiagnosis is that the word “depression” just isn’t part of China’s lexicon. Physical symptoms of depression are often misinterpreted and treated individually -- digestive issues, sleep trouble, backaches or changes in weight, for example.

Finally, there are supply and demand issues. The need for mental health services in China has begun to far exceed supply, with patients waiting years just for a few minute consultation with a licensed professional.

Fortunately, Beijing has some options for residents who may be suffering from brief and long-term mental illness. Both OASIS International Hospital and International SOS offer highly targeted mental health services. Oasis International is a beautiful, modern facility with outpatient services such as counselling and therapy for anxiety, stress management, depression, general life transitions and much more. The international nature of these hospitals means that services are offered in several languages and mental health professionals are familiar with important cultural considerations.

A BRIGHTER FUTURE: FOCUSING ON WELLNESS

There’s been a major shift worldwide in the way we think about healthcare. Many are becoming aware that we have a responsibility to ourselves and to others to take better care of our bodies and minds. We are beginning to realize that doctors may not have all the answers, that we ourselves hold the keys to long term health and well-being.

The health and wellness industry is one of the fastest growing industries worldwide and China is no exception. In Beijing, wellness centres are beginning to crop up all over the city. Young people are embracing ancient traditional wellness practices like Tai Chi and Qi Gong. Yoga classes abound. Meditation is making its way into the lives of busy professionals. People are waking up.

Even the media has begun to shift its focus away from limitations of modern medicine. The new terminology - wellness instead of illness - suggests that as a species we are evolving to match the limitations of traditional health care.

The country has now recognized the importance of mental health and it beginning to take steps to ensure its citizens are cared for. A recent law has banned involuntary inpatient treatment for patients diagnosed with mental illness. That means no one can be confined against their will. This is a major advancement in patient rights.

While it’s important to take personal responsibility for our own well being, it’s equally important we make sure care is getting to the people who need it. China has a lot to do in this regard, but there’s no doubt that much progress has been made so far and there’s more to come in the future. The road ahead is long, but the way is clear.