4 Hotspots for Adventure Travel in China

How much danger can you handle? 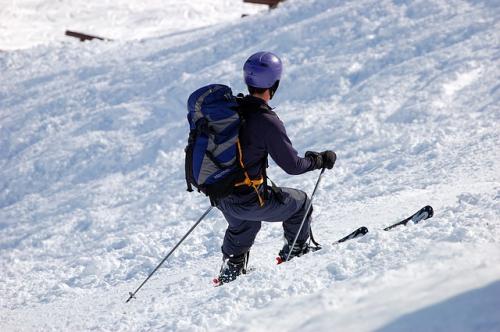 It may not be the first country that comes to mind when one thinks of adventure travel, but with China’s size and variety of landscape it has plenty to offer thrill seekers in the way of extreme sports, for as little as a few hundred dollars to as many as a million.

FOR THE DARING TRAVELLER

1. Diving from the AJ Hackett Macau Tower: There’s more to Macau than casinos. Start with a 100-meter vertical climb to the top of the tower, strapped in with the finest of harnesses and fall-arrest paraphernalia. From 233 meters in the air, divers can freefall at 200 kmph, letting the 50 meter bungee cord stretch to nearly four times its length, flinging the jumper back into the air at just 30 meters above ground.

According to the Guinness Book of World Records, Macau’s is the highest commercial bungee jump in the world, though it was recently surpassed by Vegas’s Skyjump, where jumpers leap from 260 meters above ground. Current cost for the Macau jump is HK$2,888. Scary though it may be, Macau has yet to see any reported deaths or injuries from its jump tower.

FOR THE EXTREMISTS AND THRILLSEEKERS

2. Hike the Mt. Hua Shan Trail: Widely considered to be one of the most dangerous hiking paths in the world, the Mt. Hua Shan trail in Shaanxi Province begins with a steep ascent up the “heavenly stairs” - a task unto itself - at the end of which climbers take a cable car to the south side of the mountain and begin their hike up, down and along the face of a cliff, where planks are stapled into the mountain and a set of chains bolted into the rocks for support, providing a narrow trail for brave thrill-seekers. There’s plenty of climbing involved in both directions, where footholds are carved into the rock and more chains bolted in.

Considering Mt Hua Shan is one of China’s five sacred mountains, it seems fitting that climbers reach a Taoist temple-turned-teahouse at 2,160 metres. The rest of the mountain is dotted with cable cars, hotels and other charming obscurities -- a chess pavilion among them. Though there are no official statistics kept, some say the mountain claims as many as 100 deaths per year -- not surprising when inexperienced tourists seem determined to climb Mt Hua in flip flops and canvas shoes. Following several reported deaths, the local government closed off some of the more dangerous paths, and reinforced or rebuilt others.

3. White Water Rafting on the Yangtze River: At 3,000 meters deep, the Yangtze’s Great Bend is twice as deep as the Grand Canyon and less than a third its width, causing the water to flow with a raw force scarcely imaginable. Few people have successfully navigated the class IV rapids, though many have died trying.

The adventure begins with a hike through parts of Tiger Leaping Gorge (attempting to raft through this pass resulted in the deaths of nine Chinese adventurers in 1986) after which rafters put their boats down for a 205 km trip dropping 200 vertical meters, and hopefully avoid being smashed against 3.5 km-high rock walls.

Given the danger of the pass, permits are nearly impossible to obtain and come at a cost of a cool half a mill, making rafting the pass nigh on illegal. Adventure tours are available on the Upper Yangtze in less dangerous portions of Class II or III rapids. Not for the apprentice rafter!

AN ADVENTURE FOR MILLIONAIRES

4. Ski the Bottleneck Couloir on K2 Mountain: Easily the most challenging ski slope in the world thanks to its hard snow and steep descent, the Bottleneck on K2 is actually on the Pakistani side of “Savage Mountain,” which plateaus into the Taxkorgan Tajik Autonomous County of Xinjiang, China.

Usually climbed on the Pakistani side, K2 has the world’s highest fatality rate after Annapurna and has never been climbed in Winter. If statistics can be trusted, only four of every five climbers will reach the summit. Skiing is the easy part -- climbing up the mountain is the real challenge. The bottleneck couloir is found 400 meters before the summit at about 8,200 meters, in what climbers call the “death zone,” where K2 claimed 13 of its 14 victims. Though the bottleneck is the easiest and fastest route to the top, it is by no means safe. The first person to ski the couloir was Dave Watson in 2009, and many others have died trying since then.