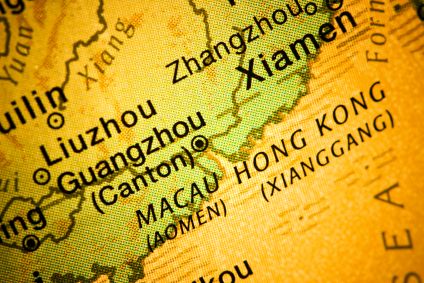 Perhaps best known in the western world as the home of Cantonese food, Guangzhou is the largest city in southern China’s Guangdong province.

While Guangzhou today boasts several commercial and cultural attractions – make no mistake, food is king in the south! There is an old Chinese joke about an alien landing in the country; a Beijinger wonders if he will be a political rival, a Shanghainese wonders if he can make money from him, and the Cantonese person wonders what the alien tastes like!

The Canton Trade fair – held twice yearly – is the largest commercial exhibition in China, so if you’re planning to visit as a tourist, check the dates for the fair, as hotel rooms book up quickly, and can get very expensive. Guangzhou is an important business travel destination throughout the year; several important global manufacturers have production throughout Guangdong province. However, as Guangzhou modernizes, there has been an increased emphasis on services sector white-collar employment, and the rise of new skyscrapers is evidence of the increase in status of the banking and financial services sector in the region.

Like most large cities in China, Guangzhou has recently spent large sums of money on infrastructure. The city hosted the Asian Games in 2010, and expanded the subway system to accommodate the influx of foreign visitors. New international luxury hotels are cropping up as well. The trendy W Hotel opened its first mainland China outpost in the city in 2013.

Guangzhou’s humid subtropical climate can be unpleasant for those accustomed to cool, dry weather. Winter is usually the best times to visit as summer can be extremely hot, and with East Asian monsoons running from early spring through to late autumn.

Although Cantonese people would dispute this, most Chinese would consider Guangzhou less culturally rich than other parts of China to the north and west. However, Guangzhou does have its fair share of art galleries, parks, martial arts studios, and historic temples and churches, and its proximity to Hong Kong and influx of migrants and foreigners give Guangzhou a cosmopolitan vibe.

Make no mistake, Guangzhou’s most famous cultural export remains its cuisine. Dim sum is famous around the world, and there’s no place better at dim sum than Guangzhou. Adventurous eaters may wish to venture slightly further a field to the suburb of Shunde – China’s hidden culinary capital.

The China Health Insurance team is happy to help you with any questions you might have about your visit (or relocation) to Guangzhou regarding your health insurance and health coverage (and even our favorite dim sum restaurants). Before you travel to China, contact us today for a free quote on your international travel health insurance plan.

At China Health Insurance we have extensive experience of working in and around the Guangzhou area. We can provide comprehensive health insurance policies that will cover all of your medical need while in China. For more information about international health insurance plans for China, or to receive a free quote, please contact us today.

Questions and Answers from Visitors